What is Traditional Chinese Medicine?

The roots of traditional Chinese Medicine (TCM) dated back more than 2000 years. Its core theories are yin-yang and five elements. Yin and yang are two opposites that in constant motion, creating a fluctuating balance in the healthy body, while five elements are wood, fire, earth, metal, and water that interact in a way to maintain the constant motion and growth in a relatively balanced state.

Acupuncture is the practice that most often comes to mind when thinking of Chinese medicine. But, in fact, TCM represents a much broader system of medicine that includes herbs, massage, diet and exercise therapy.

The theory behind acupuncture is meridians. Qi, the energy of life, circulates along a system of meridians. There are 12 principal meridians and many other collaterals. Each meridian is intimately connected with one of the viscera. When the flow of Qi becomes unbalanced, illness may result. By inserting and manipulating fine needles into specific points, energy glow will be re-balanced. This allows body’s natural healing mechanism to take over.

Although the original practice involves needles, there are come modifications depend on various conditions. Sometimes there is no needle involvement such as acupressure, while other times there may be stronger needle stimulation such as electro-needle.

Herbal remedies are used as much as, if not more often than, acupuncture to treat energy imbalances and illness. Herbs are often described according to four basic qualities and properties: nature, taste, affinity, and primary action. They are normally recommended in combinations so that they can be customized to each patient. The prescription of herbal remedies takes a TCM practitioner years to master because it requires a deep understanding of medical theory and the complexity of herbs.

Moxibustion is a technique that involves burning moxa, or mugwort herb. Moxibustion is often used on those who have a cold or stagnant condition as moxa is warm in nature. It also increases blood circulation to the pelvic area and uterus and stimulates menstruation, which explains why it can be used to treat breech birth and menstrual cramps.

Therapists that are providing this service: 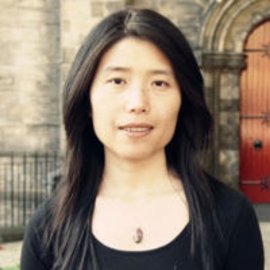